ggn00b
Home esports To The Mainstream: Esports Events Being Broadcast On ESPN And Disney XD The popularity of esports has exploded more and more in recent years, and major organizations are beginning to get in on the action.

Disney XD and ESPN were two major outlets that broadcast the Overwatch League playoffs this past summer. This capped off a great inaugural season for the Overwatch League, which is the first esports league that seeks to replicate most North American sports leagues by having city-based teams with regular-season games leading into playoffs for the championship.

This isn’t the first time that these major organizations have dipped their toes into the esports scene; just last year, Disney XD and ESPN broadcast the final day of EVO 2017 (Evolution Championship Series), the largest fighting game tournament in the world that held its finals in the Mandalay Bay Events Center. This trend of esports breaking into the mainstream isn’t just limited to Overwatch either – many prominent figures in sports have invested in esports teams, such as Shaquille O’Neal with Team NRG, Steph Curry with Team SoloMid, and Rick Fox creating Echo Fox. All of these teams boast some of the finest fighting game, Counterstrike, and League of Legends players in the world.

And, if you think that these broadcasts and investments are a one-off that will fade away, think again – Activision Blizzard signed a multi-year deal with ESPN and Disney XD to ensure that the Overwatch League is seen for the foreseeable future. Get comfortable, because esports is here to stay. 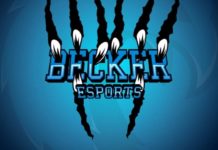 What Are Counterpicks And Why Are They Important?